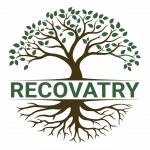 It’s common knowledge that children have trouble sitting still, especially those under 11 years old.  They express themselves differently than we adults do.  We’re able to use abstract symbols, or language, to express what we think and feel.  Children communicate through play.

Play is a universal and inalienable right of childhood according to a United Nations international treaty known as the Convention on the Rights of the Child.  Not that we need bureaucratic validation, but it’s an indication that we all understand that play is what children do and nothing can change that.  It’s fundamental to our nature.

What is play?  Play is communication, an acting out, or expression of the child’s inner world.  When I was a child my friends and I would play “war”.  We’d act out the competitive nature inherent in the formation of our neighborhood cliques.  We’d throw dirt clods over fences at each other and set booby traps in the alleyways.  Some of us haven’t quite grown up, yet.  I still dominate when it comes to snowball fights.

I currently have one child under the age of 11.  The other two are growing up fast. My youngest is able to have a semi-adult conversation with me about her day, her friends, etc.  As a parent, I can choose to bond with my children through the exchange of words, or we can play together.

One of the things we do together is create skits, or videos to post on TikTok.  These are memories that we hope to keep and reflect back on years from now.  The other day, I told my kids I was quitting pop-tarts.  I have a bad habit of binging on them late at night.  My younger two created an entire storyline, on their own, which is absolutely amazing!  What’s most impressive is they did it on the fly.

Children have a stunning imagination.  Most of us adults lose that as we grow older and become more reliant on logic and reason to navigate through life.  I’m reminded of a quote from Jesus, “Unless you turn and become like children you will never enter the kingdom of heaven.”  There are multiple passages like this that are often used to drive home the importance of “childlike faith” in the Christian tradition.

I’m not preaching here.  I’m only making the point that your imagination is powerful and was at its pinnacle when you were a child.  It’s still there, though, and you can re-develop it as a resource for refreshment whenever you’re ready.  Just go out and play!

At the end of the day, play is vital for children because it’s their primary form of communication and orientation to the social structures they create in their neighborhoods and schools.  As a therapist, I have to be willing to play, too.  As a father, I play with my kids because I want to develop a lasting bond with them.  In short, to become a happier and healthier version of myself, I play.

I hope I’ve convinced you that play is important for individuals and families, children and adults. What exactly is play and how does it work? More on that later….